We can begin to see this in Mark, chapter 6.  There was an amazing event that occurred in a very significant day in the life of our Lord and His men.  They had just come back from immense success.  He had sent them out, given them assignments, told them how to prepare, what to do, promised that they would see great fruit and they did.  Oh, there were some who rejected them, but they did what He told them do.  They just got the dust off their sandals and moved on.  And in amazing ways, they saw magnificent things happen.

In fact, we can read it in Mark, chapter 6, verse 30.  We discover that the apostles gathered around Jesus and reported to Him all that they had done and taught.  But there were so many people, because you see, the apostles had made such an impact that people were attracted to them.  I mean, if this is what they could do, just think of what their leader would do.  And so people were attracted.

So there were so many people coming and going, they didn't even have a chance to eat!  And so He said, come apart and rest awhile.  You know, there was a person who once said, "Yes, and if you don't rest awhile, you'll just come apart."  Great principle, but anyway, Jesus says to His men, "Come apart to a private place and be…let's be together and get some rest."

And so they went away by themselves and in fact, verse 32 says, "they went to a solitary place."  But many who saw them leaving recognized them, they knew who they were, and so they ran, they wanted to keep up with them, they wanted to figure out where they were going.  And they got there ahead of them.  And when Jesus landed, because the people came around the sea of Galilee in the north edge, they came around the sea of Galilee, Jesus and His men rowed across the sea and they raced to where they could see the boat was going because they knew about this solitary place, this hillside that came up from the lake, where Jesus wanted to be alone with His disciples.

So when He landed, He saw a large crowd, He had compassion on them because they were like sheep without a shepherd.  And you know the thing about sheep without a shepherd is, is sheep can never figure out where the food is.  Jesus knew these people were hungry.  So what did He do?  He fed them God's Word.  He began to teach them and He taught them all through the day.  And the day started to get long and the disciples began to be concerned because they knew the people were getting hungry.  God's Word could feed their spirits, but only good ol' fashioned bread was going to feed their bellies.

So the disciples, recognizing that it was late in the day--now you have to understand time sequence in Mark's Gospel--late in the day means, oh, 4 o'clock, 4:30, maybe 5.

So it's getting late in the day and the disciples are watching the sun as it moves across the sky and they're watching the Lord as He's just teaching and teaching and teaching and there's no indication of any break.  And they're beginning to think, there's a lot of people here.  And we haven't been able to eat ourselves!  That's why we came to this "solitary place" and all these people showed up.  Whoa!  We need to help our Teacher understand what's really going on.  So, it was late in the day and I think they probably kind of got together and said, "We better go talk to Him", and so they came to Him and obviously they interrupted His teaching.

In fact, it's very fascinating that this miracle is recorded in all four Gospels.  And I think that's because this is a paradigm miracle.  It's a miracle that is a model of what the disciples had to do for the rest of their lives.  And it's a model for us.  Because what the disciples had to do is exactly the same thing we have to do.  It doesn't matter if you're in ministry or if you're in business.

I've had business friends tell me about the moment when they faced the same thing I did.  When they realized that they weren't going to make payroll.  And when they went into the presence of God and fell down on their face and said, "Lord, I can't do this!  Lord, I can't make this happen!"  Or, as one friend of mine who rode the economy up and down, up and down and found himself losing 90% of his business, finally said, "Alright, I'll run my business for You" and God said, alright, but that's not what I want.  I want your business, and I'll run it My way.

And in all those instances, whether it's to the man who can't make payroll or to the man who discovers he can't run his business on his own or to me who discovers that being #1 is totally irrelevant, the Lord turns and looks at us and says, "You give them something to eat." 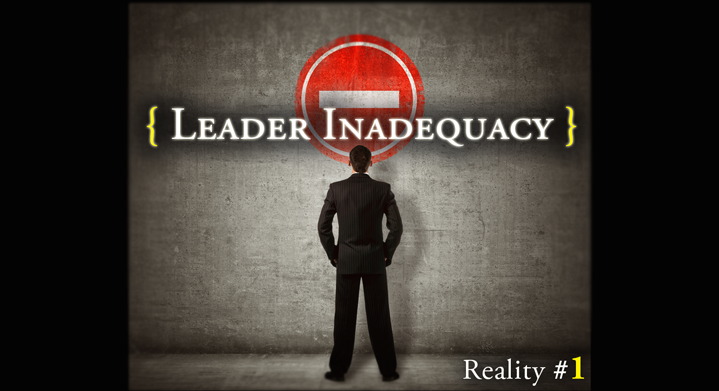