That's amazing!  But it was a reminder that He who provided the manna in the wilderness would provide all the resources they needed to serve and fulfill the commands of Jesus.

Then something happened.  Very, very amazing. Mark 6:45.  They've eaten, they've got their fill, they've collected the baskets.  You know, I am sure that the crowd was ready to settle down.  I mean, they've never seen anything like this before.  They finally figured out, no way they had enough food to feed us.  He did something!  And they figured out what it was.  And the disciples, of course, are stunned.  They had to be, they had to be ecstatic.  Don't you think?  I mean, these people were human.  They had to be thrilled with what happened.  If they were excited when they came back at what they had seen in the villages and towns where they had gone, think of what it must've been like for them now when they saw this amazing thing happen with their own hands involved.  The first time, by the way, that Jesus ever involved His disciples directly in a miracle when He was present with them.

But then we have the word immediately in Mark 6:45.  "Immediately Jesus made His disciples get into the boat…"  He made them.  You know, there's only one way to picture this.  He took action.  As soon as everybody was settled down and maybe they were ready for more they were going to stay around, 'well, we can do more teaching and then, you know, You can take care of breakfast for us.  This is great!'

Immediately Jesus goes to His disciples and says, 'get in the boat, get in the boat, get out of here, go!  In fact, here what I want you to do."  "Immediately Jesus made His disciples get into the boat and go on ahead of Him to Bethsaida…" (Mk 6:45)  Just a couple of miles across the lake.  Peter and Andrew and Philip were from Bethsaida.  And He's saying, 'Go, go there.'  Immediately He made them do this.  That doesn't make sense.  While, verse 45 says, "…while He dismissed the crowd."

Now wait a minute.  He's the Lord.  What is He doing, first getting rid of His disciples and then saying to the crowd, 'Go, go, go, go, we're done.'  I'm sure He was polite.  I'm sure He was firm.  Now, why would He do that?  That's something else that doesn't' make very much sense at all.

Unless you consider this.  If you go on and read the follow-up to this event in John's gospel.  You come to chapter 5 and chapter 6, you begin to discover something very interesting.  This crowd was highly attracted to Jesus, they really wanted to follow Him.  But they wanted to follow Him for one reason.  They wanted to eat. This was an easy way to get food.  They wanted Him to become the king.  Anyone who could do that could overthrow Rome.  Anyone who could do that could provide for all the needs they would ever have for the rest of their lives.  They saw Him as the king that was to come and they thought of Him as the one who would overthrow Rome.  And we're going to see that the disciples had the same kind of kingdom fever.  They too were looking for the kingdom.  They too thought in terms of kingdom.

But Jesus has a different intention with both the crowd and the disciples.  And so He gets rid of the disciples less they be caught up in this kingdom fever and then He dismisses the crowd because he does not intend to do what they want Him to do.  And put them on easy street for the rest of their lives.

"And after He had left them," verse 46, "He went up on a mountainside to pray."  Now this was the pattern of His life.  You see, when Jesus became a man He really became a man and in this whole process of Mark 6, you see both sides.  You see His amazing divine power carried out by the Father through Him and you see His amazing human need.  He had a long day, He had a hard day and when Jesus had a long and hard day you know what He did?  He prayed.  You see it in Mark 1, you see it in Mark 6, you see it in other places.    He prayed.

So He goes up on a mountainside to pray.  He is so human.  He's not going through the motions.  This is not just some sort of exercise.  It's not just a model for us.  Of course He's a model.  But it was a need, a genuine, deep, real, driving need…He needed His Father.  We don't know what He prayed about.  We know from John 17 that He prayed for His men.  He prayed for Himself.  He even prayed for us.  At this point in time I'm inclined to think if I can have a guess that He was praying about His men and about the lessons He was teaching them.

Think of it!    The Son of God wants you to lead on His behalf.  In the midst of your business.  In the season of success.  In the moments of shortfall.  In the times of struggle.  In the uncertainty and confusion of the economy, He wants you to lead in His Name, His way.  And you cannot do it unless you learn that you must do what you cannot do with what you will never have as long as you live.  But there's something else you must learn.   And Jesus is teaching it both to His men and to us right now. 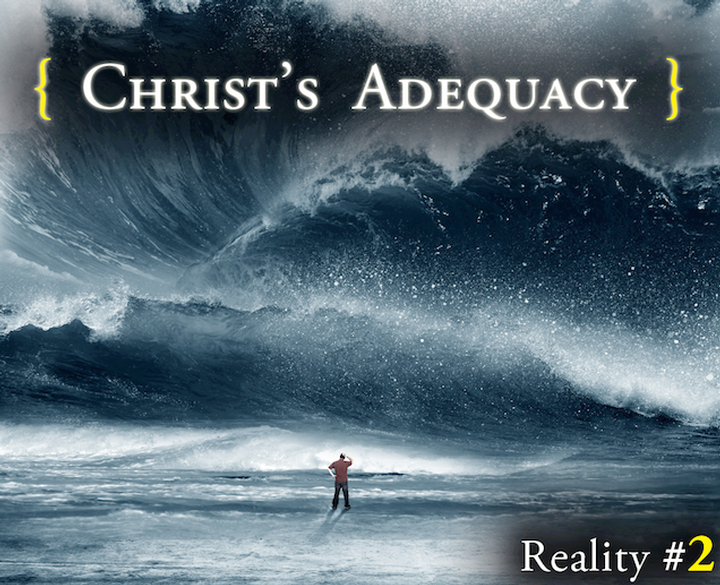