Now you know it is interesting that Jesus talked about seeing, but He hasn't yet sent that message.  You see the messages, understanding, deaf ears, paralyzed hands, but now we need to look at the next miracle.  Because they go from Decapolis all the way back up again, over the upper side of Galilee where they're all from and they come to Bethsaida…Peter and Andrew and Philip's hometown.  And some people brought a blind man and begged Jesus to touch him.  I'm in Mark 8:22.

And they bring this blind man to Him and He took, in verse 23, "He took the blind man by the hand and led him outside the village." (Mk. 8:23)  Once again, private.  Everything Jesus is doing at this particular point is done privately.  And He spit on the man's eyes, a statement of healing, and He put His hands on him and He asked, "Do you see anything?" (Mk. 8:23)  And the man looked up and said, "I see people; they [are like] trees walking around." (Mk. 8:24)  Now there's a message.  Why this miracle that turns out to be a two-stage miracle?  What happened with Jesus?  Was He tired?  Did He not have His devotions that day?  Run out of juice or something?   No, no, no.  It's part of a message.  He's saying to His men, 'Men, you're hearing what I'm saying, but you're not seeing the point.  You're mixing up trees and truth. And what you understand is trees and what I want you to grasp is truth!'

So once again, He touched the man.  Jesus put His hands on his eyes and the man who looked up now had eyes opened!  And his sight was restored.  And he looked intently and he saw everything clearly.  There is a progression in this passage from not being able to see to looking and only seeing trees instead of men…and then to having his eyes opened until his sight was restored and then this progression, he sees everything clearly.  That's the whole point, my friends.  As leaders, we go from not being able to see to seeing trees for men, trees instead of truth.  Then we look intently and our sight is given to us and we see everything clearly.  Blind eyes, not seeing. 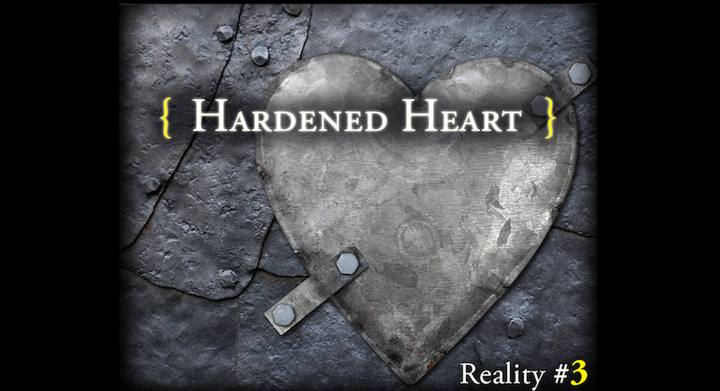