The cross is the most misrepresented reality in the Bible. We trivialize it, civilize it, and scandalize it.

Welcome once again to LeaderVision where we have a vision for the leader’s heart so leaders can make a difference through the way they think and the way they act. Here’s the reality that we’re dealing with: we can fill the mind, the head, with great knowledge. We can fill the hands with magnificent skill. But what we have to remember is this: whatever is in the heart will always come out through the head and the hands. So, if we don’t transform the heart, we leave the leader with great knowledge, great skill, and an untouched heart. That’s the reason why we leaders struggle as much as we do.

And I’d like you to consider what I said just a few moments ago when I said that the cross of Christ is the most misrepresented reality in the Bible. We trivialize it, civilize it, and scandalize it. You know, we trivialize the cross by turning it into our grandmother’s lumbago. Now, our grandmother’s lumbago is not a trivial thing, I mean, especially once you reach the age of your grandmother and your back starts to hurt. You know, that’s really not trivial. But to think, ‘that’s the cross’ and ‘that’s what the cross means in our lives’, is some kind of physical struggle, even a really deeply severe physical struggle, to think that’s the cross is to miss the point of the cross entirely.

And think about how we civilize it. We reduce it to some art that decorates the body. We wear crosses or even more, I don’t know quite what, more significant I guess, we turn it into body art and decorate our bodies with the cross. Now, I don’t have a problem with wearing a cross. Many, many people wear the cross as a statement of their faith, as a reminder of what the Lord did for them. I understand that. But I think it would be even more significant if we really decided that we would wear a syringe from death row. Because you see, that is what the cross actually represented. I live in Dallas, Texas, and here in Texas, death row is at Huntsville, at the Huntsville state prison. And, in Texas, the state executes by using the needle. So what would you think if someone were to show up at your church, some Sunday morning, and set up a great table, with beautiful black velvet, and great lights shining on the table, and then would decorate this table and then would put on this table syringes, syringes, syringes all guaranteed to have been used to execute a criminal. Oh! That would be a horrible offense. A terrible turn off. Well my friends, that is what the cross represented in ancient society. So we trivialize it at times.

Now how do we scandalize the cross? I think we do that by making it less of a scandal than it really is. We lighten the reality of the cross. Let me tell you, the cross was a scandal. To take the Son of God, the Creator, and to have the creatures crucify their Creator, that is an unbelievable, horrible thing, a terrible, terrible situation. We scandalize it when we take it more lightly than it truly was. I mean, what kind of a God gets Himself crucified? And how can a crucified God be the source of redemption, release, freedom, the avenue to abundant, eternal life? You have no idea how absolutely insane that sounded in the ancient Roman Empire.

The most amazing thing of all is this: the cross became that very avenue to eternal life in the ancient Roman Empire. 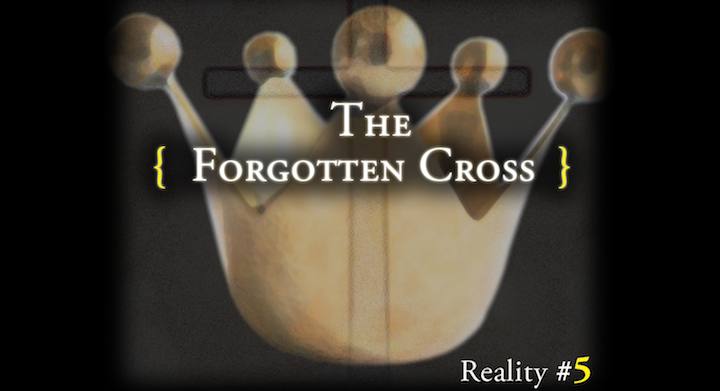