Now late in the day in Mark's writing meant no later than five o'clock, maybe a little earlier, maybe slightly later, but not much.  Evening, on the other hand, was similar to what evening is in much of the world.  It would be six, seven, no later than eight.  So, it's somewhere after the late in the day time now in what would be six or seven o'clock at night.  And Mark has a reason for telling us what time it is and we need to pay attention to it.

"When evening came, the boat was in the middle of the lake and He was alone on the land."  And He saw the disciples straining at the oars.  People often say, 'how did He see?'  I don't know and Mark didn't tell us.  That's really not that important to Mark.  I can guess…moonlit night, high winds, and He could look out and see.  That's as close as I can come to any explanation.

Anyway, "He saw the disciples straining at the oars because the wind was against them…" (Mk 6:48).  The wind blowing on the lake was powerful and forceful and it was directly opposed to them.  It was a force that was opposed to them.  Huh, part of what leaders have to deal with, isn't it?  Forces that are opposed to us.  "About the fourth watch of the night…" (Mk 6:48)

Now you see why time is so critical.   We have late in the day, we have evening, now the fourth watch of the night.  What is that?  That's Roman time.  Military time.  You know what that is?  Three, four o'clock in the morning.  It was evening when they got in the boat to row a couple of miles.  It was, say seven o'clock.  Now it is all the way around to three o'clock or four o'clock.  It's eight or nine hours later.  Now how long does it take strong men to row a boat two miles?  I mean, they could take turns.  Every time minutes, they change the rowers.  Maybe it was every twenty minutes, but they could take turns.

So what's He going to do?  Now,  He had the power from that mountainside where He was to look out across that lake and simply say to Himself 'Be still.'  And the storm would stop.  And we'd love that.  As leaders, if only He would say, 'Be still' and the storms that we face would stop.  We'd be so ecstatic to see those storms end.  To see the tension in our church, to see the struggle within our organization, to see the threat within our business, to see that go away that would be fantastic.  As teachers, to see the educational system turned around.  Wouldn't that be great? 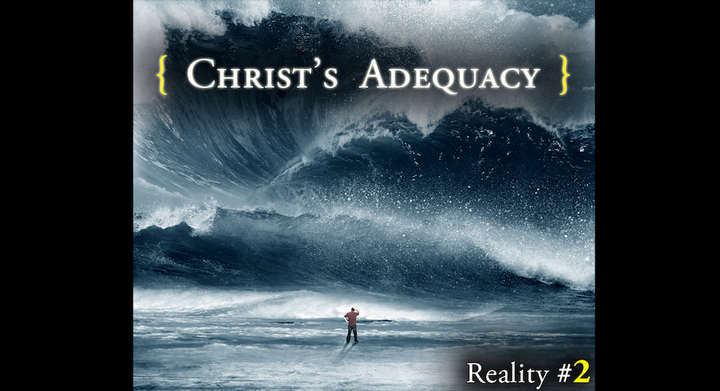