It all begins in Mark chapter 8.   As we come to Mark chapter 8, verse 27 where Jesus is with His men and there’s a very fascinating situation.  In Mark 8:27, we read these words, “Jesus and His disciples went on to the villages around Caesarea Philippi…”  And the last time we saw them they were in Bethsaida but now they have gone to the villages around Caesarea Philippi.  That’s way up north in Israel.  Almost in Lebanon, almost in Syria, there’s a little pocket of Israel that goes up there and it’s way up that part of Israel.  Kind of out of the beaten paths, kind of not necessarily part of the norm, it’s an extreme part of the country and you only go there to go there. Well, Jesus went there with His men because He wanted to get them in a private place.

Now it’s very fascinating to realize that they were in the villages of Caesarea Philippi.  Why is that so important?  Mark is making a significant point with simply the title of that city.  Let me tell you why.  It’s called Caesarea Philippi.  Caesarea is not hard to figure out — Caesar.  And then it’s called Philippi.  Now Philippi was the name of the king Philip who rebuilt the city.  It was an ancient city, had been the center of idol worship and human sacrifice.  And then over a period of time it kind of degenerated.   And Philip came in — he was one of the sons of Herod and took over as part of his kingdom — and he came in and rebuilt that city and he named it Caesarea after Caesar Augustus…the “august one”, the “magnificent one”, the “recognized one”, one of the greatest caesars in all of history.  And of course he had to attach his name to it because there were others Caesareas, so the simplest thing to do was to put his name with it, Caesarea-Philippi.

Let me tell you what’s so significant.  Caesar Augustus was the adopted son of Julius Caesar.  Julius Caesar was also a very vital caesar who helped set things up for this adopted son whom he brought into his family and eventually allowed to become his successor.  Now, Julius Caesar when he died was declared by the Roman senate to be a god.  That’s how emperors became gods.  In ancient Rome, the senate voted them in.  Caesar Augustus, as the son of Julius Caesar, began to call himself the son of god.  Isn’t that amazing (the son of god)?   Now what’s even more interesting, I think, is that Caesar Augustus was alive and ruling the Roman empire during the first 14 years or so of our Lord’s life.  So the son of god ruled over the Son of God.  What great irony there is in that.

And Jesus goes to those villages in that region called Caesarea Philippi and He says to His men in Mark 8, “Who do people say I am?” (Mk. 8:27)  And they answer Him, they give Him the names that people have identified with Jesus…whether He’s Elijah the ancient folk hero or John the Baptist, both these men would’ve come back from the dead…John the Baptist raised from the dead, the contemporary folk hero or whether He would be one of the prophets.  He was up there, He was way up there.  Really sounds like the answers of modern man doesn’t it?  Jesus is a Prophet…Jesus is an unusual Man, Jesus is unique.  And that’s fine, that really a very high honor, not many of us who are going to be labeled that way, but Jesus then says to His men, “Who do you say that I am?” (Mk. 8:29)  And Peter speaks, “You are the Christ, the Son of the living God.” (Mt. 16:16)  And Jesus responds by saying to him, “Blessed are you Simon son of John, for flesh and blood has not revealed this to you but my Father who is in heaven”, Matthew tells us that (Mt. 16:17).

Peter was blessed by Jesus for his magnificent insight and informed that he had been privately tutored in who Jesus was by God…That Peter was not on his own when he began to figure that out, but that God working in Peter’s mind and heart and life had impressed upon Peter the fact that this Jesus fulfills all of the Old Testament requirements for Messiah.  He can only be one thing.  He can only be the Christ.  He can only be the Son of the living God.  Who else can still storms?  Who else can cast out demons?  Who else can teach the way He taught?  Who?  Who could do it?  And so Peter says, “You are the Christ, the Son of the living God.” (Mt. 16:16)

But then something happens.  Something absolutely and utterly stunning.  It’s in Mark 8:31.   No sooner do they identify Jesus as the Christ, the Son of the living God.  No sooner when they said they had meaning in that…they thought of Him as the King Who would come, Who would overthrow Rome, Who would establish Israel as the primary nation on earth, Who would rule the world through Israel from Jerusalem and they the disciples would be co-regents with Him.  That is what they thought and interestingly enough, they had a basis for it in the Old Testament.  But Jesus says something.

He then began—this was the start of a whole new revelation—as soon as they knew Who He truly was they had to know what was truly going to happen to Him.  “He then began to teach them,” in verse 31 “that the Son of Man…” (Mk. 8:31a) Now that’s a very significant phrase, “The Son of Man…”  It comes from Daniel 7, the prophet sees a vision and in this vision he sees the Ancient of Days, clearly God, seated on the throne and he sees “One like the Son of Man, messianic figure, Messiah…all the readers of the Old Testament saw it this way.  He sees this Son of Man come into the presence of the Ancient of Days and he sees Him receive a crown and a throne and he sees Him receive a kingdom forever.  Glory, dominion, throne, kingdom…forever!  And every tongue and tribe is there to worship Him and honor Him and exalt Him! And that was the full meaning of the Son of Man in the eyes and minds of the disciples.  And it is a legitimate meaning, it is still true today and will be for all of eternity.

And when He taught them that the Son of Man, oh, as soon as He used that phrase…instantly they expected Him to continue to describe this kingdom, this glory, this dominion, this forever, all of the people of earth bowing down to worship Him.  And the next words that came from His lips, ”the Son of Man must…”  It’s the strongest word for necessity in the New Testament, in the ancient New Testament Greek language.  Nothing could have been clearer, nothing could have been stronger…”the Son of Man must!”  And I think, myself, that as they heard this they were leaning forward, they were waiting, they were thinking it’s true, it’s real, it is going to happen, He is, He’s going to tell us that He’s going to overthrow Rome, “the Son of Man must…”  And then came the next word. 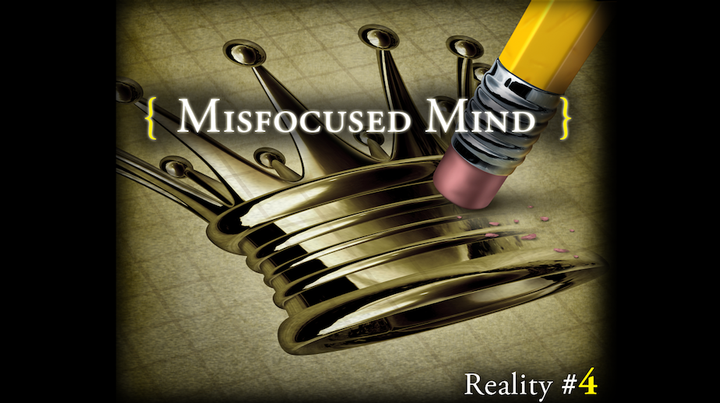